Coffee. Nowadays a necessity of life for many people. Coffee is a special remedy that is the start of many great ideas including this article! 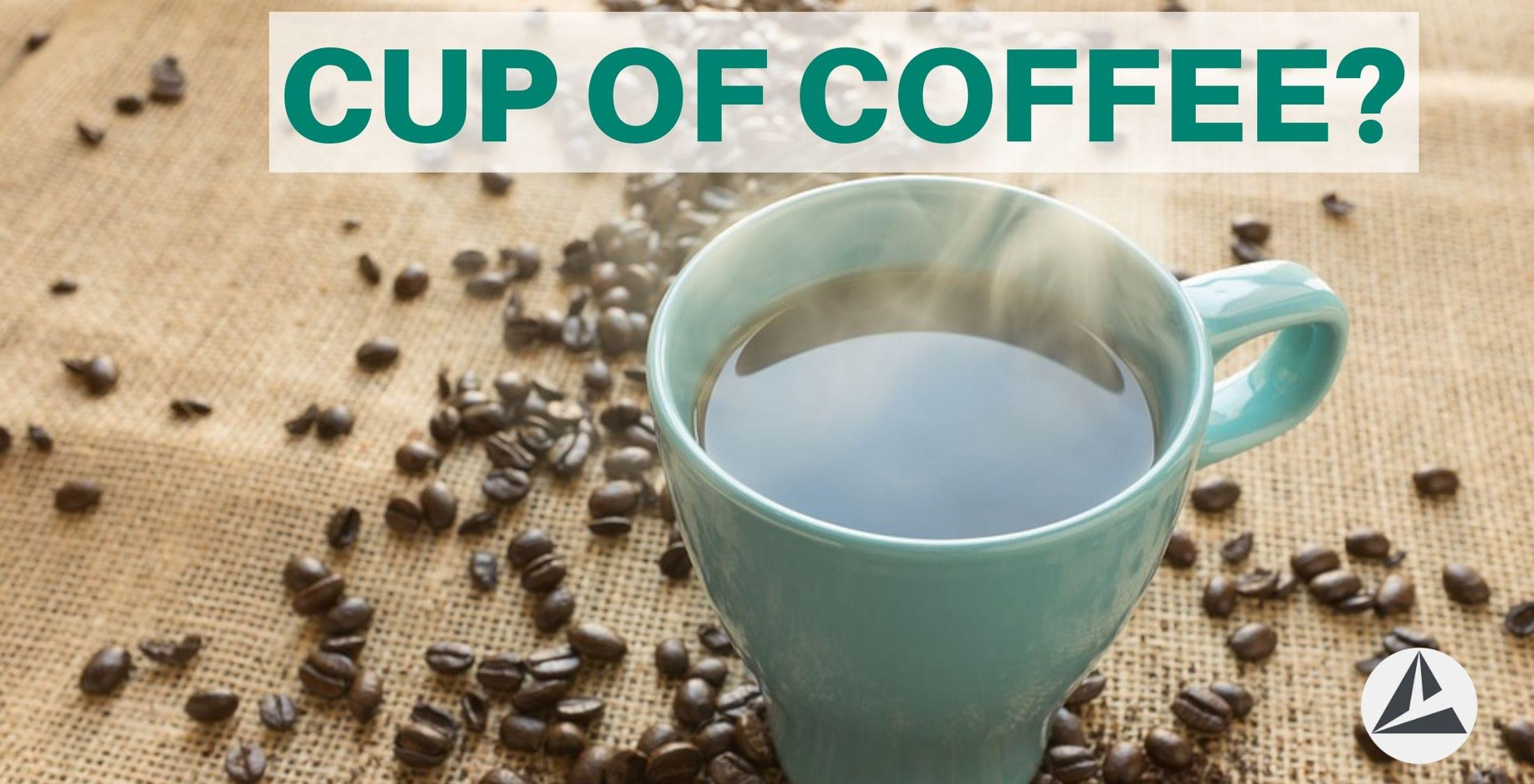 Coffee. Nowadays a necessity of life for many people. Your best friend to help you through the day. Coffee is a special remedy that is the start of many great ideas including this article!

Where does this remedy come from?

Very simple: A plant. The beans from that plant to be precise. Growing and harvesting coffee is quite an intensive process to give you your energy boost.

The coffee plants first need about 5 years to grow before a good harvest of beans can take place. The flower is the foundation for the coffee bean that originates here. Berry's come to exist and contain 2 seeds, the beloved coffee beans.

This cycle is repeated after the rainy season. Every coffee plant is unique and contains a different amount of berries. This means that you cannot harvest the plants in one go. That is why the coffee berries are usually picked manually because a lot is lost during a mechanical process. Picking is labor-intensive but provides a good yield. Harvested coffee berries have a short shelf life and must be processed quickly. 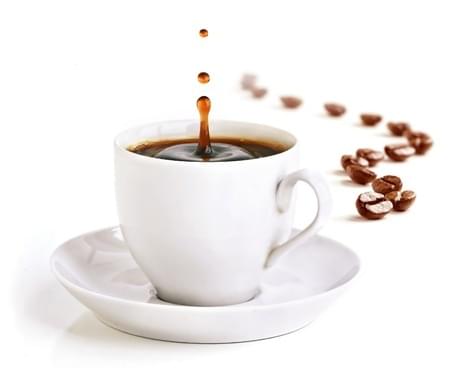 Well, nobody actually knows that. There are various legends about the first cup of coffee, but I won't cover fairy tales... Arabs were the first to find this plant and it was spread fairly well by them, however, the drink was also generally forbidden by imam's because of the stimulating and addictive effect.

Europeans have played the biggest role in spreading this remedy. It is therefore no surprise that the countries who drink the most coffee are mainly European. The worldwide spread of coffee started around 1700, of which the Netherlands was one of the trendsetters. You would almost think that the industrial revolution only took place just because of the consumption of coffee.

It is striking that the most coffee consuming countries are not the makers. This is done by countries in the so-called Coffee belt. Lying around the equator on the continents of America, Africa and Asia. 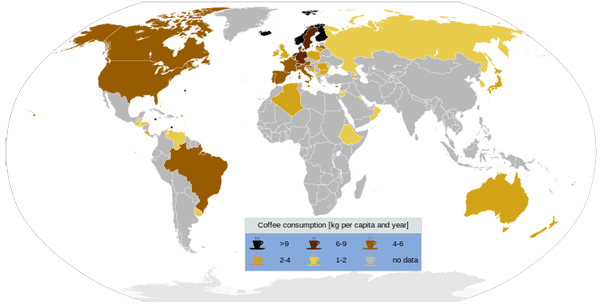 There are many different types of coffee, however, three are the most popular. You probably recognize one because the coffee bean is often advertised on the coffee packs.

If you drink coffee, you have drunk Arabica coffee. This coffee bean is by far the most popular worldwide. This coffee bean produces little caffeine for comparison with other beans, which contributes to a refined and sweet taste.

The Liberica bean is the maverick of the coffees. The taste of this bean comes over with the Robusta but that is it. Because of the higher production costs than the Robusta, people often never even had a taste of Liberica.

So there are really only 2 coffee beans on the market, Arabica and Robusta. Does that sound a bit boring and monotonous? Then don't be afraid because these beans can be combined to create new flavors. You can also roast coffee in many different ways, which changes the taste to your liking.

How can you make coffee?

These are the ways in which you as a consumer can make coffee at home. The ways are from best to worse (based on my opinion).

Pure coffee beans, milk and water in the machine. Many options exactly how you want your coffee. Expensive equipment for almost infinite pleasure. Unfortunately, we do not have this type of machine at Rixels, but if this were the case I would place my desk next to it.

Most people have a pad or cup machine. You will find one in every coffee household. Personally, I am on the side of the cups because of the convenience and more luxurious feel. There is also an immense range of flavors, unfortunately the boxes containing the cups are not that big and you pay quite a bit for a cup of coffee.

Pads are almost as easy to use as cups and they are also many times cheaper. The downside is that there is less variation. Did you know that people even tried to develop tea pads? Sadly, his was unsuccessful. Coffee reigns supreme.

A very popular way to use coffee. Loved but also hated by many people. Personally, I am not a fan of it but I am glad it exists. Instant coffee can be made both cold and warm with just a little water. You don't need anything else.

No longer a usual way of making coffee nowadays, but still well-known. A cafetiere puts coffee in contact with hot water for a unique taste. Be warned though because this kind of coffee contains much cafestol.

Simple and not recommended. Everyone advises against this way of drinking coffee because of the very high cafestol content. Also, the taste is not what you would like to taste as a decent coffee drinker. 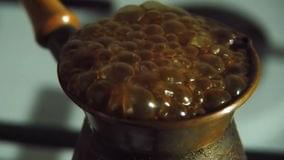 Coffee in other cultures

Before I describe how they make coffee in different cultures you might find it interesting to know how to write coffee in 30 languages, so you know what to say (or something like it) in the local cafe in that country:

Coffee instead of tea is the current trend in England. More and more coffee bars are appearing where you can find tasty Arabica coffee. If you go to England as a coffee drinker, you are advised to stay away from the regular supermarkets. Where the shelves are full of tasteless instant coffee

In Germany they generally drink stronger roasted coffee than the other countries. Unfortunately, the Germans suffer from a tax on coffee (kaffee grower), because of this many come from close to the border to the Netherlands to buy. Just like in the Netherlands, they also have coffee time in Germany with delicious cookies.

The French combine coffee with their iconic croissants at breakfast called ''café au lait'' in which the croissants can also be dipped. For dessert, they often drink a classic cup of coffee. This is often a small strong black Espresso, "Un café". 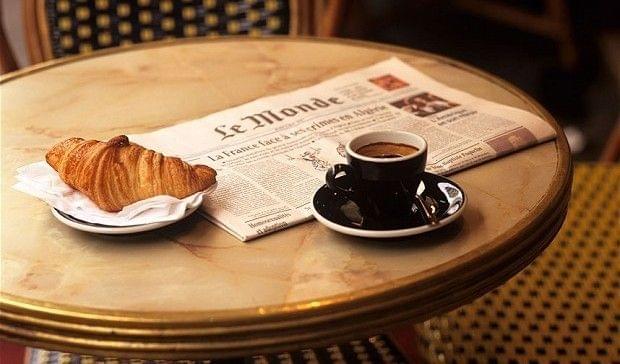 Coffee specialist country. In Italy many people are at the bar in a café. It is normal to shot a espresso. An espresso to take with you is considered weird and if you want a cappuccino do not order it in the afternoon or after meals as nobody does that in Italy

Greek coffee is a grinded coffee in a metal pot together with water and sugar above fire. If foaming occurs, the mixture is removed from the heat and immediately poured into cups with coffee particles as sediment. This is the traditional coffee. Today, many Greeks drink ice coffee called frappé. You must have heard that name pass by. A frappé in Greece can be compared to a cold beer in other countries in the summer. I myself once ordered an frappé in Greece and it tasted like heaven. 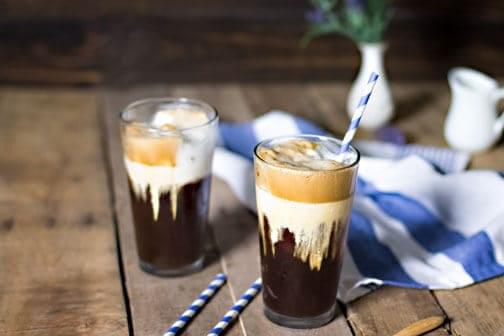 Spaniards had a rather crazy habit not so long ago, preparing coffee in the evening and heating it in the microwave in the morning. This habit has almost disappeared due to, for example, Nespresso machines. However, filter coffee and instant coffee remain the most popular.

Turkish coffee is powder-grinded coffee that is boiled up three times together with sugar and water. The result is poured into small cups and drunk immediately. It is strong coffee and I personally like it, but I don't know if the coffee in the Turkish restaurant is the same as you would get in Turkey itself.

In often ice cold Sweden it is normal that when you order coffee in a restaurant or cafe, you get a second one. You can refill your cup with a jug. This is called "påtår". Coffee breaks are also the norm in Sweden. These coffee breaks are called "fika". A rest and enjoy moment for many Swedes. 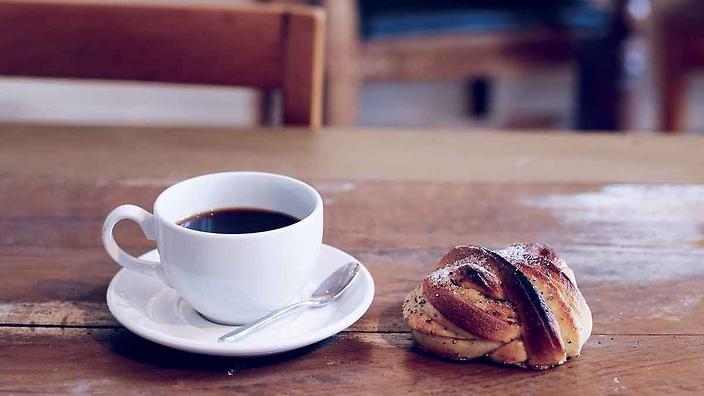 The national drink of Ethiopia. Making coffee and drinking is a ritual that can last for hours. Although many people still do it themselves, the coffee bars are becoming more fashionable. If you don't have much money to spend, Ethiopia is the coffee country for you. For example, a cup of coffee costs € 0.06. That is cheaper than the cheapest cup that you can get at home. 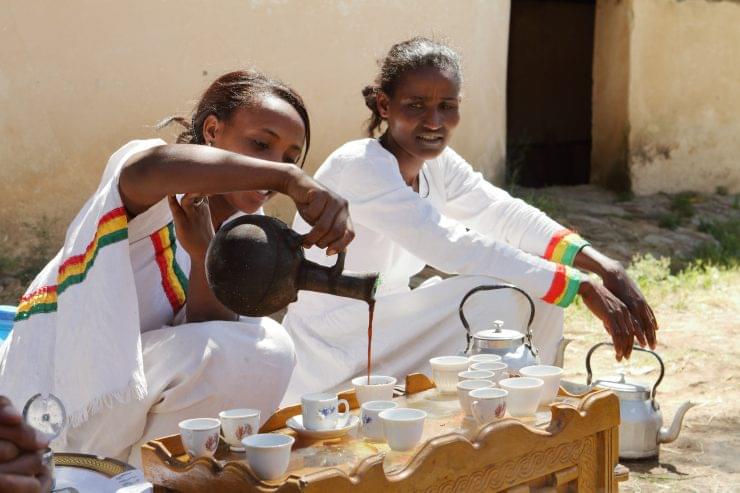 China is not a country that comes to mind when you hear the word coffee. This is true because China is originally a tea country. In the early 1920s the Chinese became acquainted with Western coffee culture, but this was temporarily ended when the Communists seized power and coffee was banned as Western culture. Now in the globalized world, coffee is making its return and you can now also find the American coffee chain Starbucks in major Chinese cities. It will probably take a while before the people in the countryside hear about it.

East west at home its best. So many places with coffee in the world and so many ways to drink it. It all depends on the individual, what you like. Coffee is the start of many great things in business such as this article. Now refill your coffee cup and back to work. 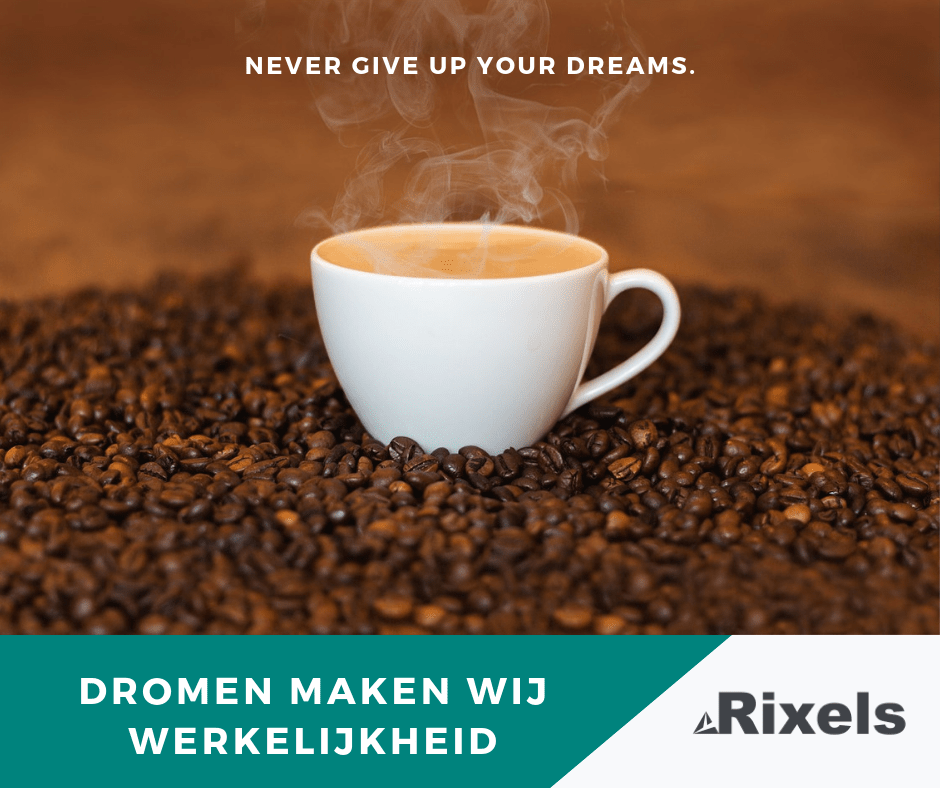